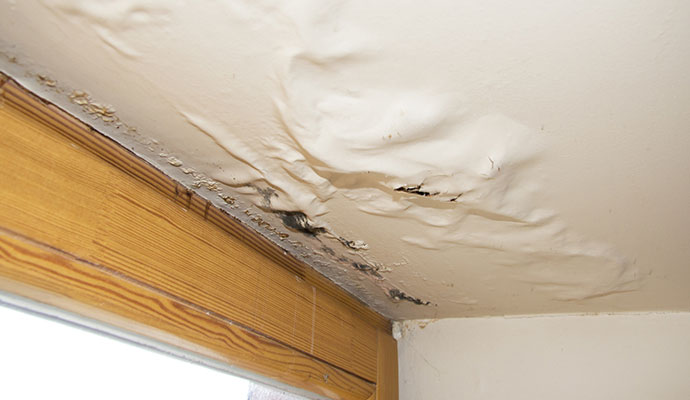 We recently completed another Dallas water damage restoration project. The homeowners had a refrigerator that was leaking on and off for quite some time. The lady of the house would wipe the small water spills as they occurred, but never took the time to fix the underlying problem, which turned out to be a leaking icemaker water valve.

By the time Dalworth Restoration received the call to handle this Dallas water damage restoration job, the homeowners had extensive mold damage in addition to water damage. The leaking refrigerator caused irreversible damage to the wood floor in the kitchen and the adjacent dining room. Had the leak been fixed immediately, there would have been no need for the extensive repair job. However, the delay left the wood floor under and behind the refrigerator swollen and cracked and mold was growing and multiplying within the wall behind the refrigerator.

The homeowners were shocked to realize their neglect caused the repair job to be much bigger than it had to be. The water damage was not visible initially since it was mainly under the refrigerator, so they did not realize the extent of the problem. However, they began noticing persistent musty odors in the kitchen that could not be explained. At about the same time, the lady of the house began developing headaches that may have been caused from the growing mold damage.

The homeowners called us to handle their water damage restoration work when they discovered discoloration, stains and black spots on the dining room wall that was behind the refrigerator, bordering the kitchen. In fact, the wall was soft to the touch, indicating the sheetrock was pretty rotten from the extensive water damage. Most of the water damage from the leaking refrigerator showed up on the wall and hardwood floors in the dining room, but since that room was hardly used by the family, the damage was unnoticed and continued to progress unhindered. When the damage was finally discovered, it was quite profound.

Dalworth Restoration technicians dried the affected area thoroughly and completely. Our team members killed and removed the mold and disinfected the premises. The hardwood floor in the dining room and part of the kitchen had to be replaced because there was substantial damage and warping. Additionally, the damage to the wall was extensive, so we tore it down and rebuilt it back. We tried to save as much of the original structure as we could, while making sure to remove any water damaged building material. This Dallas water damage restoration job is now complete and the results are pleasing to the eye and are safe and mold free as well.

We see situations similar to the above repair job quite often. Extensive damages can be prevented, or at least minimized, with regular home maintenance. The key is to recognize potential water damage situations and repair them quickly and without delay.