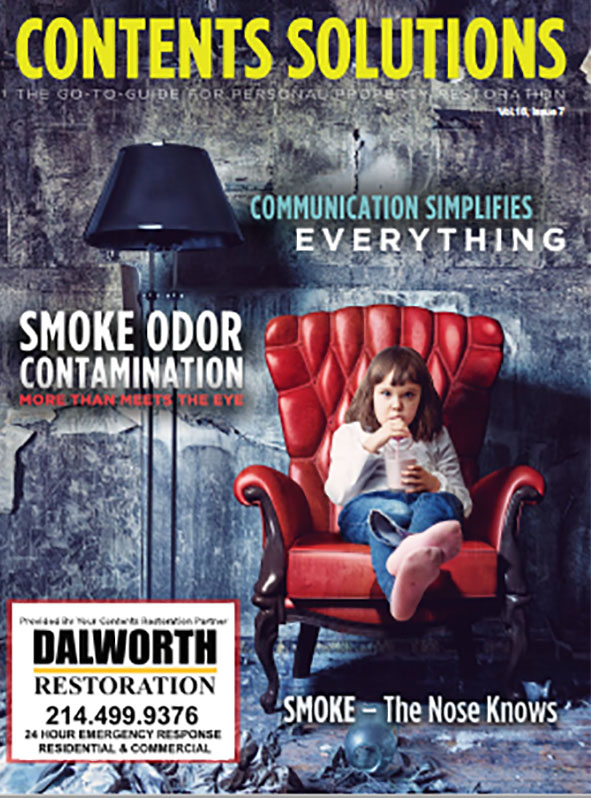 Contents restoration professionals have long been concerned about smoke odor contamination. And in past issues of Contents Solutions, we have shared numerous articles about how they strive to remediate or eliminate such challenges.

Normally, photographs are taken as a sort of “photo-inventory.” Notes are made as to where the documents came from and what sort of condition they were in before packing (smoke damaged, water damaged, etc.), then they are packed in sturdy boxes and moved to a safe location.

But what if the documents will be stored for an extended time and are of a fragile nature? What else should be done?

You may recall our reporting on such tools as plastic sheeting walls to contain smoke odors, that had a sort of zippered “airlock” design to keep the contamination on one side of the wall and away from the homeowner’s valuables.

And everything from protective shoe coverings, to “walkoff mats,” to Tyvek suits (and beyond) has been employed to keep the smoke odors from spreading and causing time, money and effort to be wasted when it could have been used to move the job forward.

All that and much more is negated however when someone in authority sacrifices good practices for expediency. Recently, we heard the story of a contents team that boxed up smoke-impregnated contents items, then packed them back to their origins in clean boxes, only to have an uninformed adjuster tell him that they could easily have just “wiped down” the original boxes and put the items back in them (experienced adjusters don’t make such errors in judgement).

The contents team had simply followed normal protocol for such situations – but they had neglected to share with the adjuster what they were planning to do, so he could have objected before they even got started. Now he advised them that he was not going to pay for their efforts.

Of course it is absurd to expect that boxes exposed to smoke could be “wiped down” and suddenly be smoke odor free. In point of fact, boxes can be deodorized, but the process would cost many times more than using a fresh, brand new boxes! I contacted industry spokesperson, Barb Jackson CR who looked at what I had written and added, “To thoroughly clean and deodorize paper (cardboard) – we may need to clean with a soot sponge and other forms of deodorization, for as long as 8 hours.”

The cost would be astronomical.

We recently ran across a case where the contents manager had used powerful deodorization techniques for a home’s valued items. But she felt that even after an entire day of removing the smoke odors, some remained.

The adjuster on the case felt convinced that no further deodorization was necessary, so the contents pro created a simple test. She placed a pillow in a sealed plastic bag, then both she and the adjuster went outside, breathed clean, fresh air, then the bag was opened and the insurance company representative smelled the bag’s contents.

One whiff and he found himself agreeing with the contents manager – there was indeed residual smoke odors.

The most successful jobs always require that the insurance professionals, the contents manager and the homeowner are on the same page. Together their combined wisdom, expertise and common sense can complete a job of which everyone is satisfied.

But, if they are pulling in different directions somebody is going to end up paying for mistakes that could have been avoided.

The contents pros usually save insurance companies enormous amounts on virtually every job – that is a fact. The only time they can’t is when they aren’t permitted to do so. 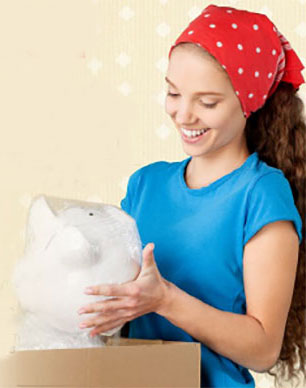 Even someone with no training at all can tell that some things just naturally go together in a packout situation. Mops, brooms, ski poles and other items with long handles just naturally bundle together nicely. Knives, forks and spoons are a “no-brainer.”

Socks and underwear are easy, but bowling balls and lamp shades don’t mix! Knives and clothing are never a good idea.Crystal goblets and hand tools simply don’t belong anywhere near each other.

But how about crystal goblets and fine chinaware?

Contents pros know that if the china is substantial and heavy, and the crystal is light and fragile, they will play it safe and box them separately, even if they are found in the same cabinet.

The cleaning products under the kitchen sink, and the glassware that is stored over the sink. Even though they are in the same vicinity when they are encountered, don’t go together at all (no matter now convenient)!The contents pros box them in separate containers as well. In point of fact, contents professionals don’t pack cleaning products
– they call them “non-transportables.”

If this seems too dumb to mention, just think back to some untrained workers you have encountered before – nothing is too dumb for serious consideration by the contents specialists.

On any restoration job, the contents manager can tell you that communication is the hallmark of excellence. Without it no assignment can be completed properly, within budget and to everyone’s satisfaction.

For example, let us say that an adjuster walks into a kitchen, takes a look around and says, “Well, since the fire started in the laundry room, it doesn’t look as if anything in here was affected much, so just soot sponge the visible surfaces and move on to something else.”

But the contents manager says, “Charlie, have a look”, and swipes a sponge or white microfiber cloth behind a hutch and inside a closed cabinet. The sponge or cloth shows black carbon stains. The smoke damage was invisible to the casual observer, but very visible now.

An owner who pulls out bowls for her kid’s breakfast would be very disappointed if she found black specks floating in the milk and cornflakes (or smoke odors wafted out on a warm summer’s day). But because the contents manager treated the adjuster like a valued partner, the job can be completed in a timely, cost effective and highly satisfactory manner.

We just ran across the story of a contents manager who was faced with an unusual challenge. There had been a chimney fire. The homeowner climbed up on his roof and extinguished the blaze by spraying a fire extinguisher down the chimney from above.

It worked, but there was a decided amount of smoke, so when the homeowner opened his front door to go back in, the resulting draft sucked the smoke and soot back down the chimney and through his house.

The smoke billowed through a trophy room (mounted animal heads) coating everything in its path and impregnating various items with strong smoke odors.

The moose, elk, and deer trophies were fragile, so the contents manager decided not to use soot sponges (she had seen sponges actually remove the hair from similar taxidermy). Instead she used strong Hepa-filtered vacuums and a mild cleaning solution for the eyes and antlers.

In the kitchen, soot sponges were used to first determine whether there were smoke particulates on the inside of the cabinets (if a sponge is passed gently over a smoke-laden cabinet or counter, it will come back with black smears or dark lines).

Discovering no soot or ash on the surface of the cabinets and shelves, then went back for a final check of everything else (even the moose heads).

What is the final check? The same one the homeowner would eventually use – the sniff test

The contents professional came within an inch of the taxidermy and sniffed along the fur – no smoke odor could be detected. The nose knows!

The manager mentioned that had there been any smoke or soot in the cupboards, she would have thrown out all the opened boxes (sugar, cereal, ect.) and even those sealed boxes with thin cardboard containers (think macaroni and cheese, ect.) or even thinner plastic bags – too much risk of contamination.

of course nothing is discarded without talking thinkgs over with the owner and getting a “disposal authorization” form signed.

That is how the contents pros perform. Easy, simple, well thought out. 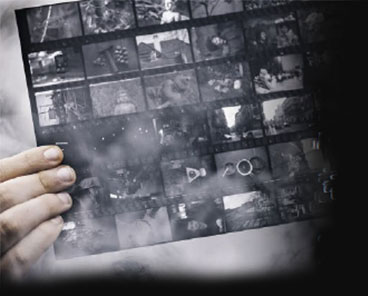 Worth a Thousand Words

Anyone who has ever had the chance to observe a contents restoration team in action knows that they take a lot of pictures.

In point of fact both the homeowners and the adjusters have had reason to treasure such documentary evidence.

And of course the contents managers don’t just take them to document which items have been packed out (digital photo inventory). They also take pictures of each room, each major item, before and after images, where the items will be returned (shelves, walls, dressers, cupboards, etc.) and in many cases they will turn off the flash attachment so they can get the best picture of subtle damage that might easily be hidden by the bright light of a camera’s flash.

As a bonus, many contents managers make the images available to both the owners and the insurance professionals.